The Stalexport skyscrapers are twin Towers located in Katowice, Poland. The buildings share a three-story base. They were builded in the 80’.The total floor area is 27,183 m². The towers were originally designed for the Centre for Foreign Trade. They now contain over 700 offices. 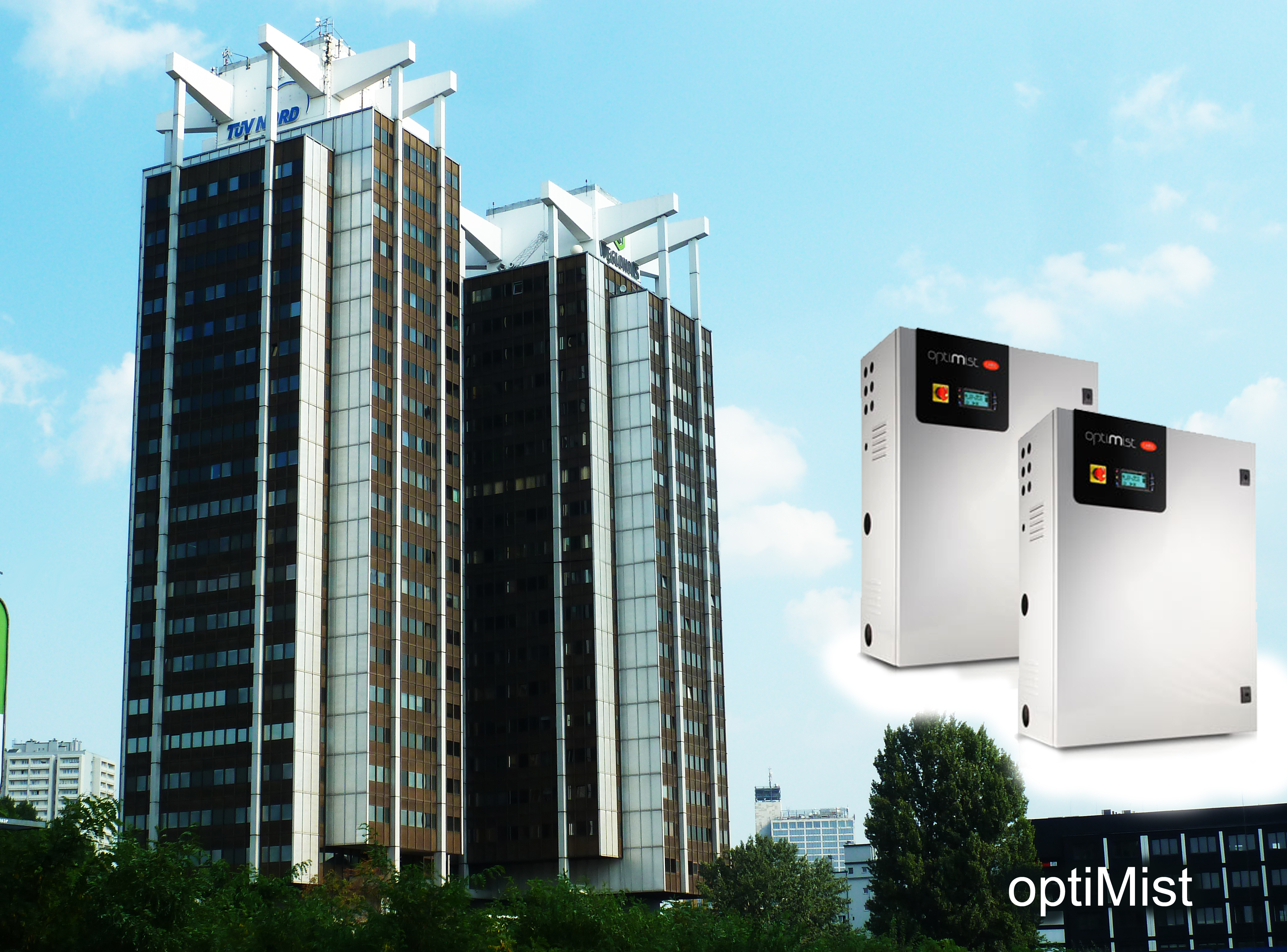 optiMist is a humidifier and adiabatic evaporative cooler that, by atomizing water into small droplets, allows the latter to evaporate spontaneously, subtracting heat from the humidified air, which is cooled at the same time. The system consists of a cabinet, inside which there is a flap valve pump, with pressures up to 15 bar, and an atomized water distribution rack, to be installed inside the air treatment unit. The sophisticated control system managed by the pCO, which combines the action of the inverter (that regulates the speed and therefore the flow of the pump) and that of the two solenoid valves, which activate only the nozzles that are necessary, allowing the system to operate always at optimum pressure in a wide flow range. The two solenoid valves (placed inside the cabinet) divide the distribution into two independent steps, which can be simultaneously present on the same rack (acting one after the other sequentially) forming two steps of continuous modulation, or they can be separated in two different distribution systems, each with a single step, supplying two different areas: this is the typical case of the application of humidification + direct adiabatic cooling in the input duct and indirect adiabatic cooling in the output duct, with heat exchanger between the two air treatment units.

The optiMist cabinet is available in the following capacities: 50, 100, 200, 400, 800 e 1000 l/h. The distribution system can be selected from a large list of available codes, depending on the size of the duct and the atomization required. optiMist can be used with demineralized water, but also with mains water, as long as the unit is cleaned more frequently.